EDISUN AND FACTORY UNDERGROUND CREW HIT THE ROAD TO AUSTIN TEXAS FOR SXSW: 4000 MILES FOR ONE SHOW, ONE MEETING AND ONE PARTY

EDISUN AND FACTORY UNDERGROUND CREW HIT THE ROAD TO AUSTIN TEXAS FOR SXSW: 4000 MILES FOR ONE SHOW, ONE MEETING AND ONE PARTY 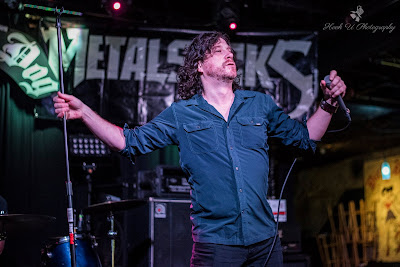 In a surprise move, with just a few days notice to their fans, members of Factory Underground Records artist EDISUN decided to make a cross-country drive to Austin Texas to perform at the SXSW 2016 music conference.

According to Ethan Isaac, vocalist for the band: "We decided this so last minute--we had been offered a show that we really wanted to do-- hosted by our agent Ryan Darnell at 3Thirteen Entertainment-- and the only way to go was to drive our band bus, Virginia. 2000 miles, for one show!" 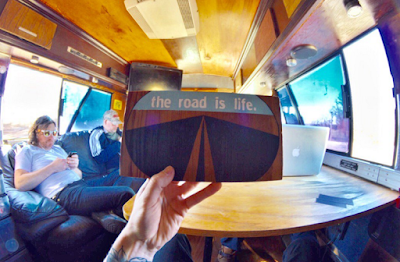 "With Edisun--a trip like this isnt that unusual. But for my staffers, this was their first rock n roll tour--and a chance for them to see what their valuable work at home is a part of in the real world. They really brought it hard--and Factory Underground Records really represented at SXSW. I was really proud of these guys," Marc Alan said. 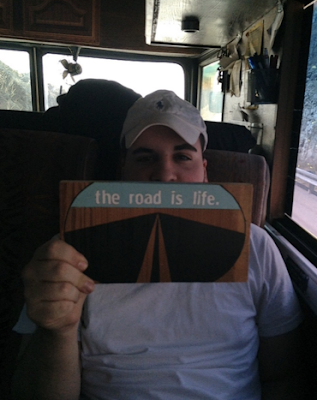 
Joining the Factory Underground and Edisun crew on the trip, another unique travel companion by the name of Zyderma HS. An all natural skin care product with anti-microbial qualities, a sample was given to the band by Chloe Valentine of Artists by Chloe, a branding PR specialist from New York City. "We actually took it with us everywhere; we had a lot of fun getting everyone to take pictures with it--Zyderma was Edisun's special VIP guest--we took it to every party at SXSW that we went to." Ethan Isaac said. 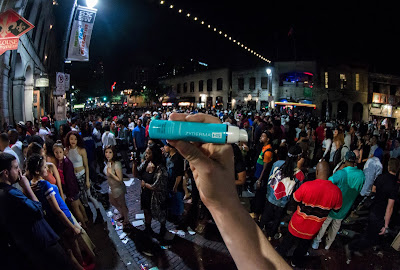 "It turns out the brand manager of the company loves hard rock music, and have become really valued supporters of the band. But I have to say all fun aside, the product is something I can stand behind-- all vegan, no chemicals, six ingredients, certified by PETA and the EPA--and it kills nasty little germs on the skin!!! And it's Road Tested!" 
The road trip started with a quick trip down to Roanoke Virginia where the band and crew stopped off to visit Black Dog Salvage, home of the Salvage Dogs--Ethan and Joel's  favorite television show (DIY Network). Anyone who has seen the Factory Underground knows how much Ethan and Joel are into repurposing salvaged wood--so meeting the cast of Salvage Dogs was clearly a dream come true for the two musicians. 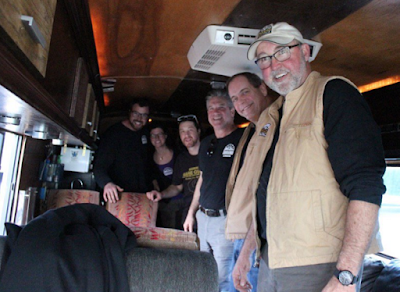 "We didn't have time to let them know we were coming--we just rolled up in our bus and they took us in with such incredible hospitality. They loved our bus--it's a 1977 Vintage MCI--and took photos with us on board. We also got a tour of their shop and store. We really need to shout out Mike, Robert, Ted, and all the cast and crew of the show for giving us their time. You will see a lot of our time there on a video about the trip coming later this month," said Ethan. 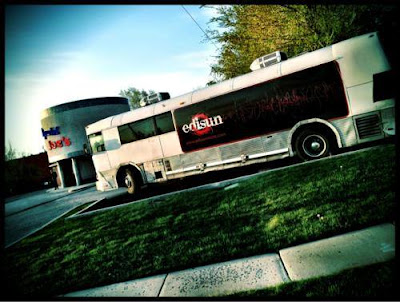 From there we rolled down to Franklin, Tennessee where we visited Kimbro's Cafe, Legendary Picking Parlor. They were having their regular Tuesday night songwriters open mic, so it was perfect timing--Edisun performed "Ready to Believe," and "Vampires and Wolves," as acoustic songs for an amazingly receptive audience. An incredible vibe at this venue, with so many incredible players and writers all a part of this thriving art and music scene-- we felt completely at home in Franklin. 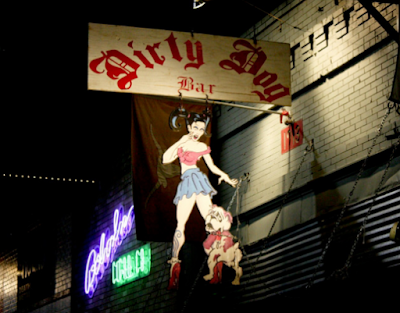 15 hours of driving later, and 900 miles later Edisun finally arrived in Austin on the morning of March 17--about three hours before their show at the Dirty Dog Bar, 505 East 6th Street. The show was hosted by 3Thirteen Entertainment with additional sponsorship by Rock Rage Radio and Coldcock Whiskey. It was a fun show-- attending was Mike Cusanelli our radio distributor with ILS Music Group, and several of our radio promotions crew. 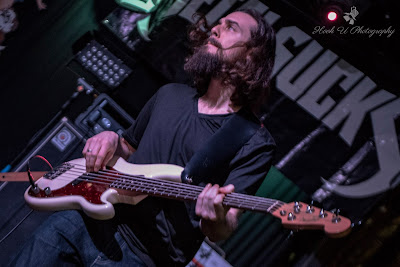 "We played at 11:45 in the morning. We were really excited about the time slot," said Joel Kelley, guitarist for the group. "It was Saint Patricks Day, so we got to play for everyone while they were still fresh and sober-- and after that it was Party-On for all of us." 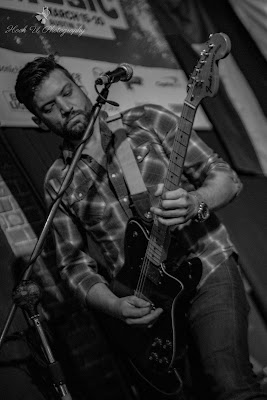 The first night of partying yielded a few surprises for the guitarist, as found himself partying with members of the rap group Wu Tang Clan. "I don't quite remember how I ended up at that party--or how I ended up on stage with them--but it was a blast!" Joel said. 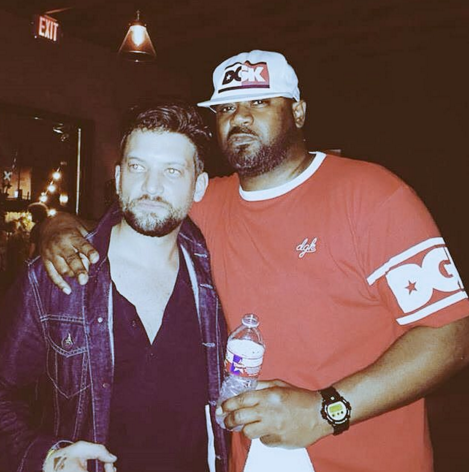